​With this guitar, serial # 15 222345, we present one amazing guitar in new, never played condition, just as it arrived from the PRS factory, hand signed on the back plate by Mr. Paul Reed Smith himself! It is a McCarty model in Blood Orange with a one piece quilted top, and offers a wide variety of tones. ​Again, from the Inside PRS archive:

​​Inspired in part by our Tree of Life inlay designs, the 30th Anniversary Vine is an elegant inlay made from Mother of Pearl, Paua, and Paua Heart. This special inlay is being offered on two models: the Custom 22 and newly reintroduced McCarty. The McCarty model pays homage to Paul’s mentor, Ted McCarty. The PRS McCarty model features a slightly thicker back for enhanced tone and sustain and the new 58/15 treble and bass pickups, which were personally designed by Paul Reed Smith. This guitar honors a legacy of innovation.

David's Notes: To much fanfare, for 2015 Paul reintroduced his McCarty model. The McCarty was his way of paying homage to his mentor, Ted McCarty. For a bit more background, allow me to quote from the PRS website, "In 1994, PRS released the first McCarty, an instrument that incorporated the full spectrum of techniques and knowledge Paul had gained from Ted as well as his own experiences as a guitar builder.  It is in honor of Ted McCarty – his knowledge, his friendship, and his memory – that PRS reintroduces the McCarty model."  This particular instrument is furthermore special in that it is from the limited and sought after 30th Anniversary Vine collection, which adds the Vine fretboard inlay, a stunning one piece quilted maple top, a quarter sawn flame maple neck, and Gabon Ebony for the fretboard itself. Only fifty McCarty Vine models were made worldwide and I had the distinct honor of being able to view and play a number of them and pick two that I thought were the best examples. This particular guitar, serial #15 222345, is one of the absolute best with its one piece, highly figured maple top. It will be hard to say goodbye to this one!

Update 9.17.2016: We had this guitar hand signed on the back plate by Mr. Paul Reed Smith himself!

Thank you for contacting us! We will get back with you regarding payment processing within 24 hours. 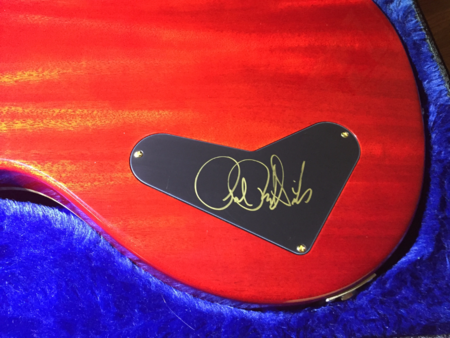 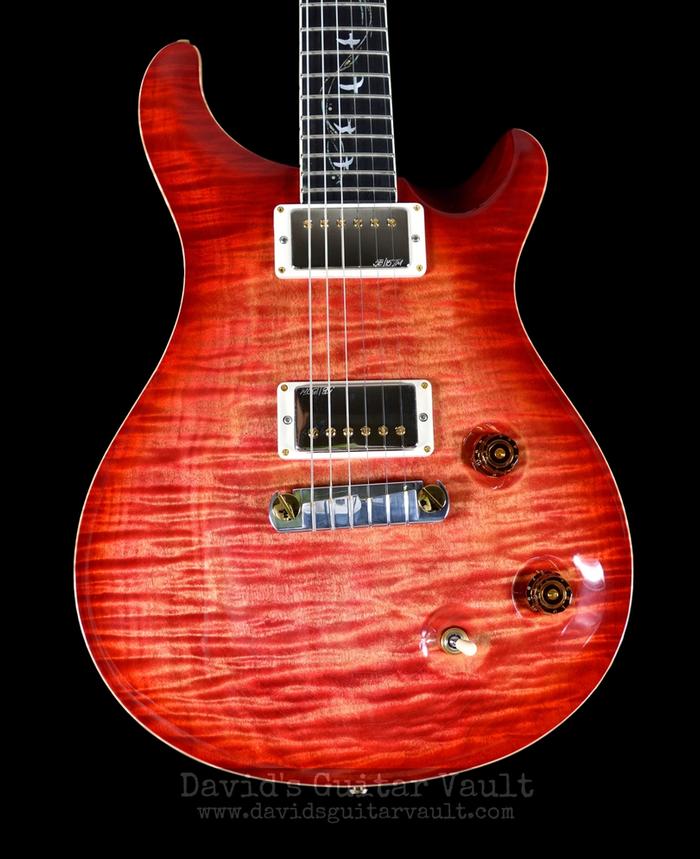